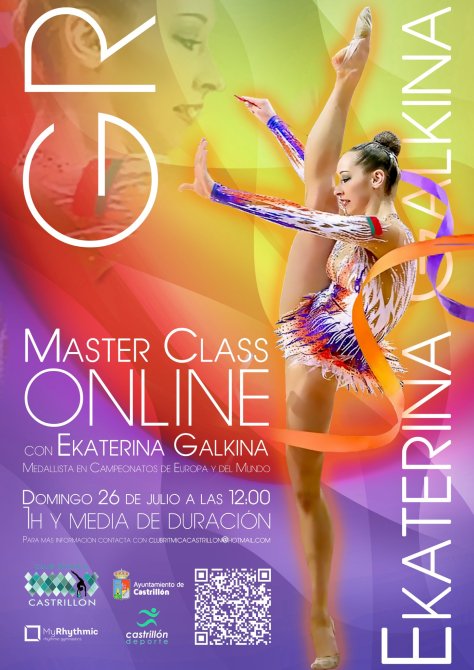 Ekaterina Galkina is the 2018 European bronze medalist. This probably was the best, most consistent competition of her life. Hitting one routine after the other she came close to the silver medal but had to settle for bronze medal in the all-around.

She won gold in hoop at the 2012 Pesaro Junior World Cup. At European Junior Championships in 2012, she and Team Belarus won the Team silver medal, she won silver in ribbon and ball final. Halkina then won the all around gold medal in the junior division at the 2012 Aeon Cup in Japan. 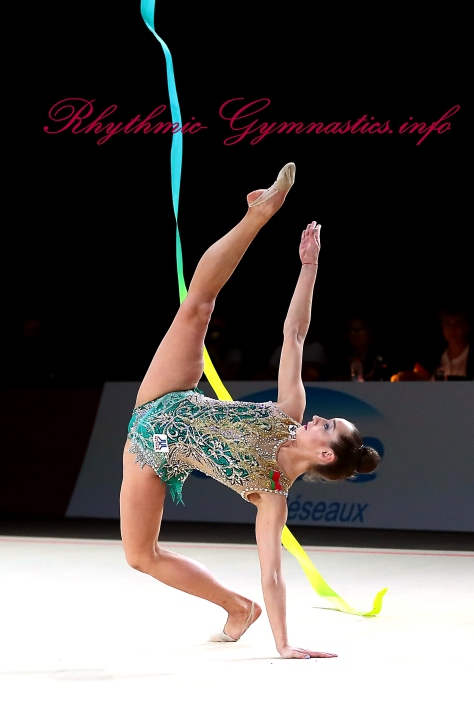 She also finished 6th in the all-around final at Rio 2016 Olympic Games.  In September 2019 at the World Championships Baku, Halkina, along with Alina Harnasko and Anastasiya Salos won team Bronze.

At age 14 she had heart surgery after it became clear she would pursue a career as an athlete. “My operation was done so that I could continue competing in high level sports. Nothing terrible had happened. I had a condition that closes the valve of the heart. If the problem was left as it was, I would not be able to withstand heavy loads. I missed a year in recovery, then got back in shape.” (Source: FIG)

“My motto is: first of all I compete with myself and if I give 100% then it does not make sense to me to be worried about competing with other people.” 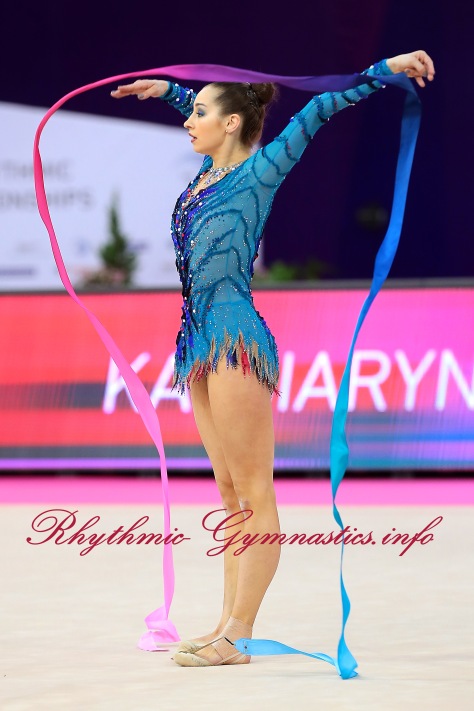