Russian twins, Dina and Arina Averina claimed gold in World Championships in Pesaro. The most difficult hoop exercise of the season “Swan Lake”, performed by Dina Averina, won gold in final. Her sister Arina, was just behind her by only a tiny margin. Arina’s favorite apparatus, the ball, got gold in this final with the highest execution score. Bronze medals went for Kaho Minagawa (JPN) in hoop and Neviana Vladinova (BUL) in ball.

“We are like one team,” Arina says. “We provide a lot of support for one another.”, said Averina during press conference.

“Dina is strong,” Arina says. “She does the right thing every time.” “But finally,” Arina concedes, “we are like the same.” 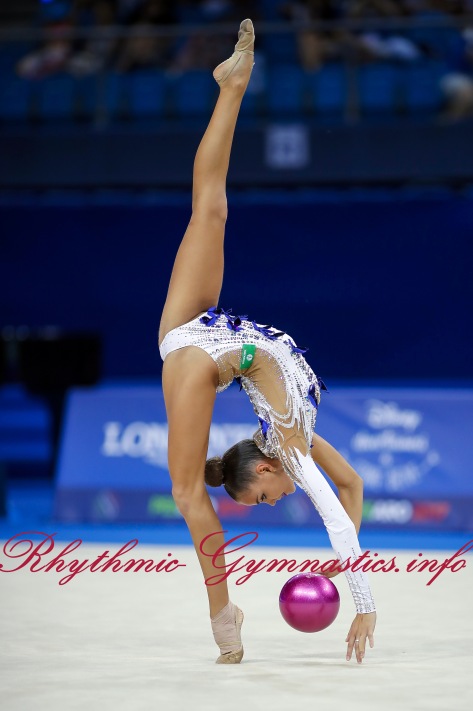 All Pictures by Ulrich Fassbender for Rhythmic-Gymnastics.info