After some rumours some weeks ago, it is already confirmed that Eleonora Romanova, who compited for Ukraine last year is now training in Russian National Rhythmic Gymnastics Center, Novogorsk. The fact is she didn`t return to the Ukrainian RG National Team and for the moment and media said that parents took her away from Ukraine and that she allegedly decided to change the nationality to compete further for the Russian Federation. Despite of rumours,there were a few pictures in Instagram where she was clearly seen in Novogorsk.

Despite of rumours,there were a few pictures in Instagram where she was clearly seen in Novogorsk.

“However, we are aware that she was seen in Moscow. Eleonora Romanova has been financed in full by the government of Ukraine and sponsorship during all the years of her stay in National team. Normally the preparation of an athlete of such a high level costs approximately 2-5 mln. USD.” 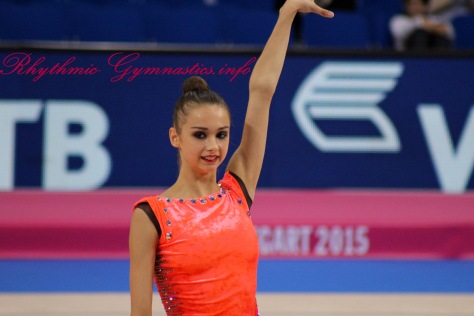