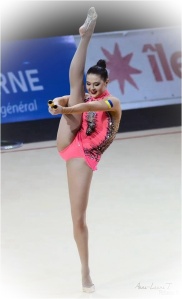 Ukrainian former rhythmic gymnastics double Olympic participant, Alina Maksymenko is one of the most admired gymnasts nowadays. Why? Her artistry, charisma and strenght made Alina one of the most popular gymnasts in the last years. She feels the emotions from the first second to the last one of her exercise.

“I think that sometimes I made silly mistakes because of my feelings, for example, throwing the apparatus as high as possible”

Alina became an Olympian in 2008 performing with the group. After Olympics, Anna Bessonova retired and Alina got a difficult challenge: being the leader of Ukrainian National team. At London Olympic Games, Maksymenko ranked 6th. Kiev World Championships in 2013 was the most important competition for Alina before she retired, where she won bronze medal with her “Fever” composition with clubs.

Right now Alina is helping Irina Deriugina as a coach.

– “At the beginning of the yearI had to face a very difficult task as a coach: Junior gymnasts (Valeriya Khanina or Margarita Vasylieva) needed to get into the top eight to participate in Youth Olympic Games. This was my debut as a coach. For me this was a new experience not even easier than compete”

“My debut as a coach was not easier than competing”

– “The most difficult is that, when you are on the carpet and make a mistake, you can correct the performance, you’re in control of the situation. Now, as a coach, I can only squeeze my hand with the hope that the gymnast will find a way out to continue the exercise. Unfortunately, at this moment I can not help standing behind the carpet”

– “When you’re a gymnast, everytime you go onto the carpet you get confidence. As a coach, the feeling standing outside the carpet is very different” 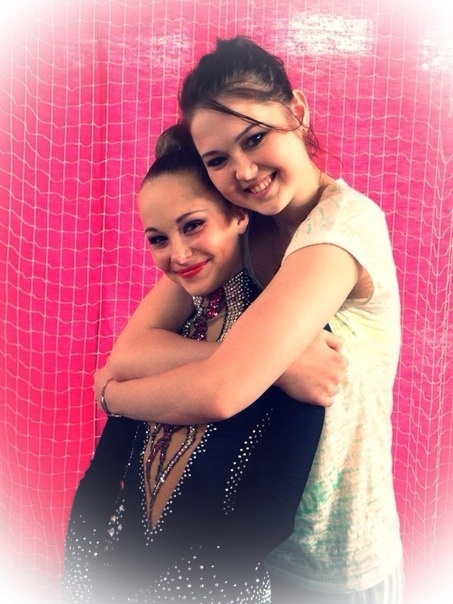