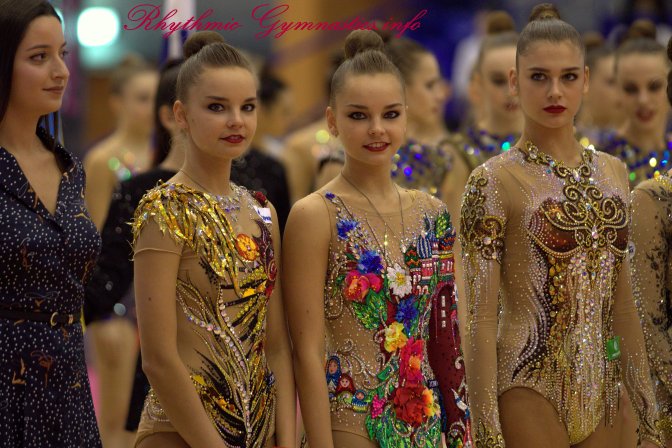 It is already known by rhythmic gymnastics fans that the most popular twins in RG, Dina and Arina Averina are also best friends and rivals.

“We have a sixth sense. Our thoughts are the same many times. For example, we can just look to each other and understand what we want, without sharing a single word”

“We are already used to people asking our parents how to distinguish us. Our coaches and close friends are very good at distinguishing us. If you stay with us more than a week you could be able to find the differences between us. But actually, we are very different.”

“My new nickname is small dynamite!” – says Dina. “If I have a goal, I set myself and focus on how can I reach it. On the other hand, Arina is tender and calm.”

“When I am in competition, I don’t think about winning a medal. I just focus in a good performance. Of course, I get goosebumps sometimes.” – said Dina.

Just after Arina’s performance with clubs in World Championships Baku, Dina approached Arisha at the Kiss and Cry zone really happy. They looked at each other and both started crying at the same time.

“It was a mix of joy and fatigue. We couldn’t stop ourselves. I cried because of her. I can’t watch her crying, I automatically had the same feeling. I could not hold back the tears”- confirmed Dina. 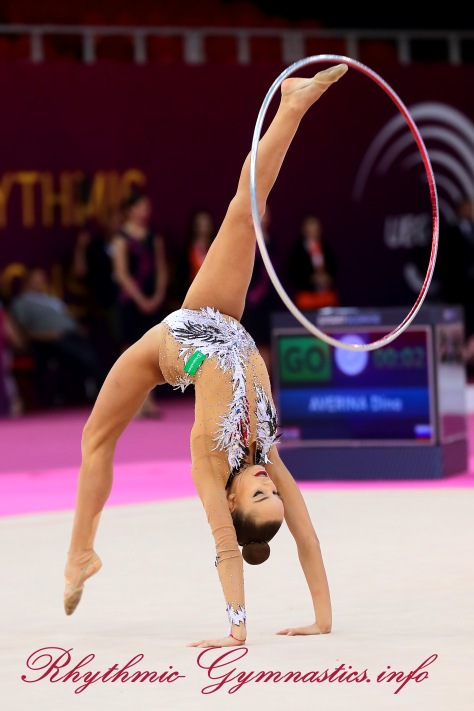 “I was injured during European Games. I was very worried and I remember that I was watching the live streaming. Every minute I was refreshing the website, reading fan’s commentaries during Dina’s performance. Sometimes we could not be together. We need to know that we must know to compete alone.” – said Arina.

Arina and Dina will have new exercises for 2020 that will include higher difficulty, as Dina confirmed in an interview for Olympic Chanel.