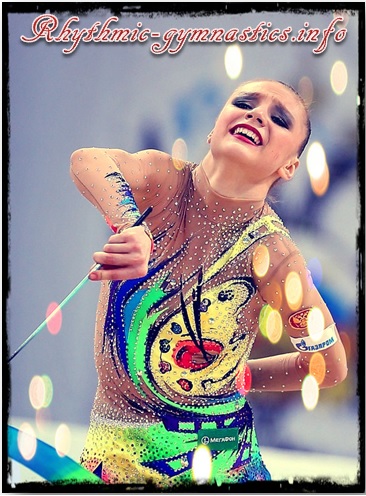 Since she was a junior gymnast (European junior champion with group) her career is really successful. But she made her breakthrough in 2013, since Moscow Grand Prix 2013. She represented Russia in 2013 Vienna European Championships with hoop.
Darya is Oksana Skaldina’s daughter (bronze at Olympic Games 1992) and Dmitriy Svatkovsky (silver at Olympic Games 1992).
Her mother and coach Oksana Skaldina, could’t stop crying during Hoop medal Ceremony at European Championships Vienna.

“Thank you so much to all my coaches, Irina Alexandrovna Viner, Anna Shumilova and my mum. Thank you also to my choreographers, doctors, Oleg Naumov for your amazing picture”

“Take advantage of what you have now in this moment, because maybe next day, you won’t have it”