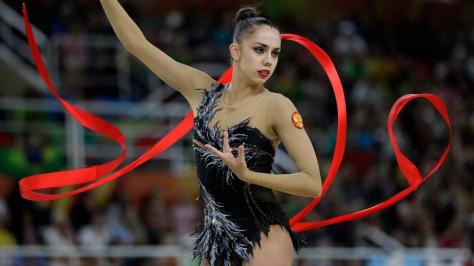 “Over the Limit” is about the story of Margarita Mamun, the Olympic Champion in 2016. This documentary paints an intimate portrait of a gymnast who can only reach success in her career if she gives up everything else. Its director is Marta Prus, a young film director from Poland. She was a gymnast and a ballerina. She also studied contemporary dance. Gymnastics became a part of her and that’s why she chose this sport as the main theme of the film.

She was inspired both in rhythmic gymnastics and Russia.

“I grew up with a sense of Russia being a great country with limited freedoms. In Over the Limit, I wanted to talk about what freedom there is like today”.

Irina Viner-Usmanova is the head coach of Rhythmic Gymnastics in Russia. Currently, she is married to a billionare man in Russia. Marta Prus, met Irina Viner during Moscow Grand Prix in 2013. Viner wasn’t interested in talking to the director, not to mention being filmed. A week later, Marta travelled to the Novogorsk training centre for Olympic athletes in a suburb of Moscow. Prus lied to the soldier in the badge and told him she had a meeting with Viner.

She tried to convince Irina at Novogorsk but she was adamant. Irina Viner yelled at the woman that let “the stranger” walk in the hall. In that moment, Marta knew then that she would make this movie. After some competitions following Irina, she let this project start.

“Gymnasts in Russia are stars, wearing Gucci and riding in expensive cars. They’re worshipped in Russia, living a celebrity life of luxury and fame.”

A few scenes into the film, were interrupted after Irina Usmanova first watched it. She was upset because she was filmed telling a gymnast she was a piece of shit. But it was already too late. It was censored in Russia with “beep sounds” but in Amsterdam, it was screened without any censorship.